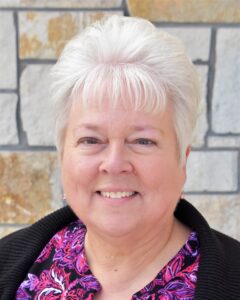 Janet Penna was hired as Administrative and Financial Assistant in October of 2012. Janet was raised in South Texas and grew up attending League City Friends Church. She met and married Frank Penna while attending Friends Bible College (now Barclay College). The Pennas served as pastors in several churches in Kansas, Oklahoma, Texas, and Colorado; with their last pastorate bringing them to Wichita in 1988. Janet is the mother of 4 children, Joy Bergquist, Jesse and Jacob Penna and Julie Healton, and enjoys being a grandmother to 12 delightful children as well.