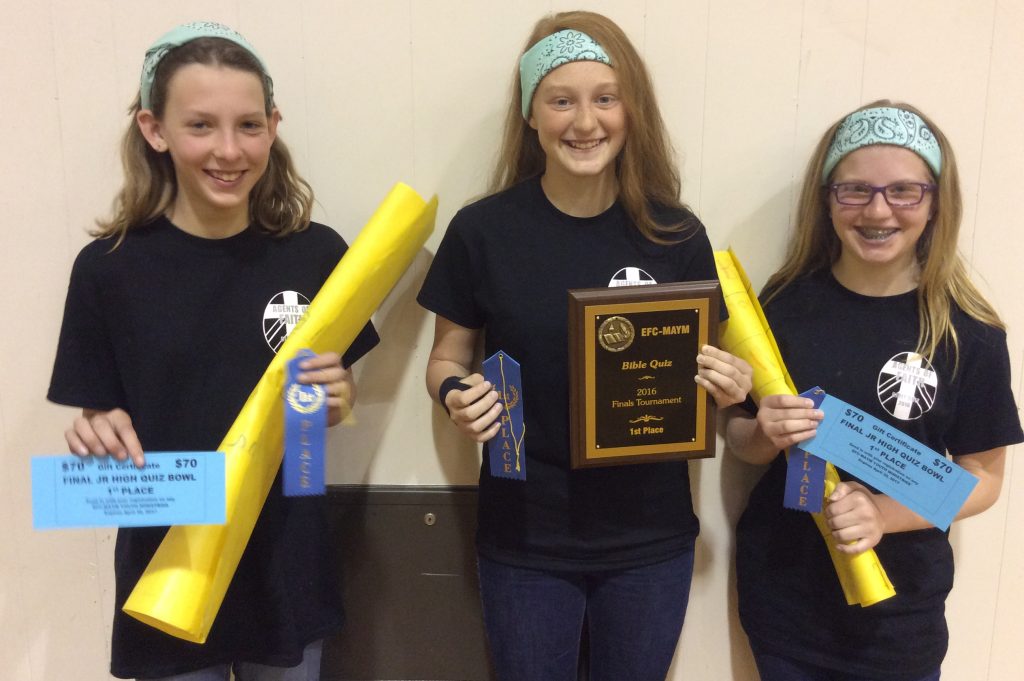 The top finishers were: 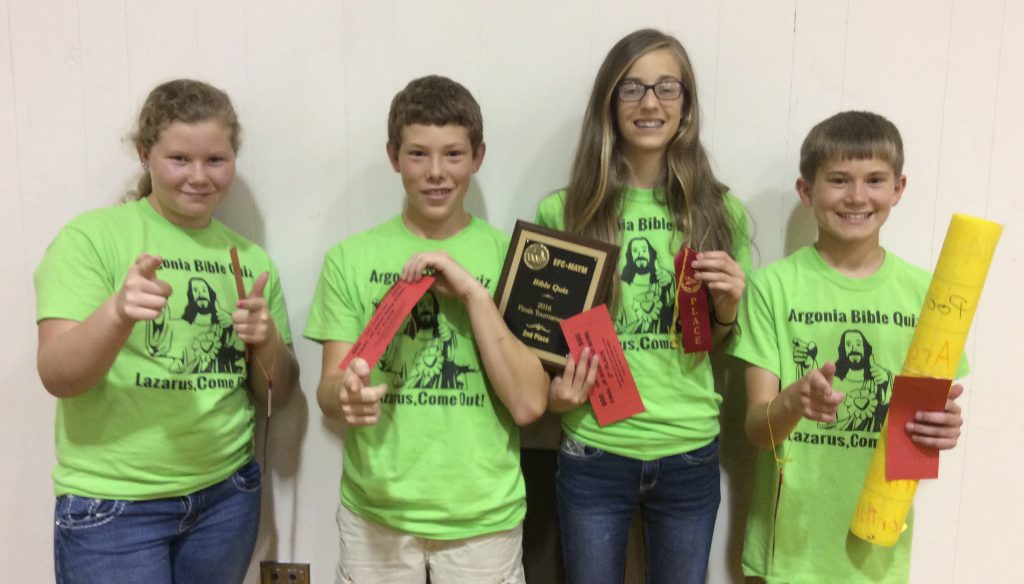 The other teams finished as follows:

In addition to the regular tournament awards, the finals tournament recognizes and awards two additional honors.  The first is the All Star Award. The top 4 quizzers with the 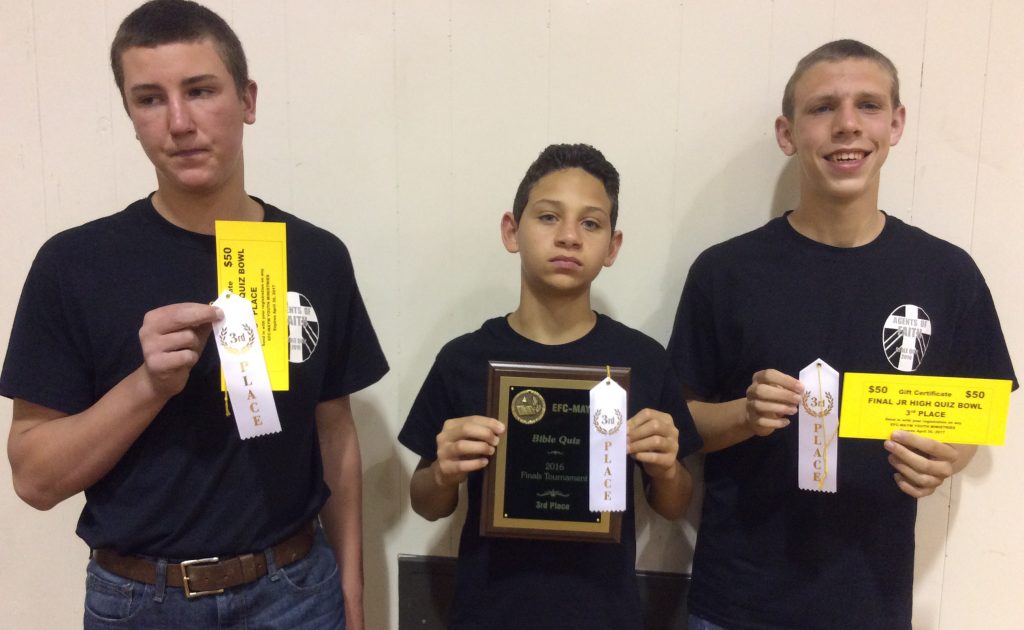 highest average scores are awarded an “All Star” Medal.

This year’s All Stars are:

The second award is the coveted Frazier Award.  This award 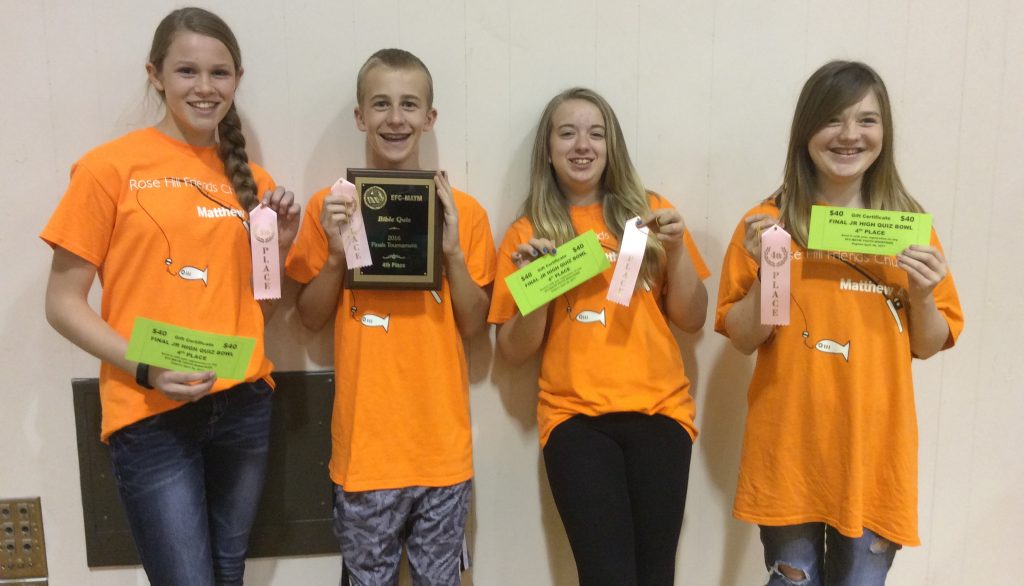 is named for Herb and Shirley Frazier who started the MAYM quiz program in the early 1990’s.  The award is given to one student who exemplifies excellence in quizzing, leadership, and Christian testimony.and consists of a trophy and a scholarship to Barclay College.

This year’s nominees were:

The 2016 winner of the Frazier Award is
Rolanda Gerber of Bethel Friends.

Congratulations to all the teams for a great season! 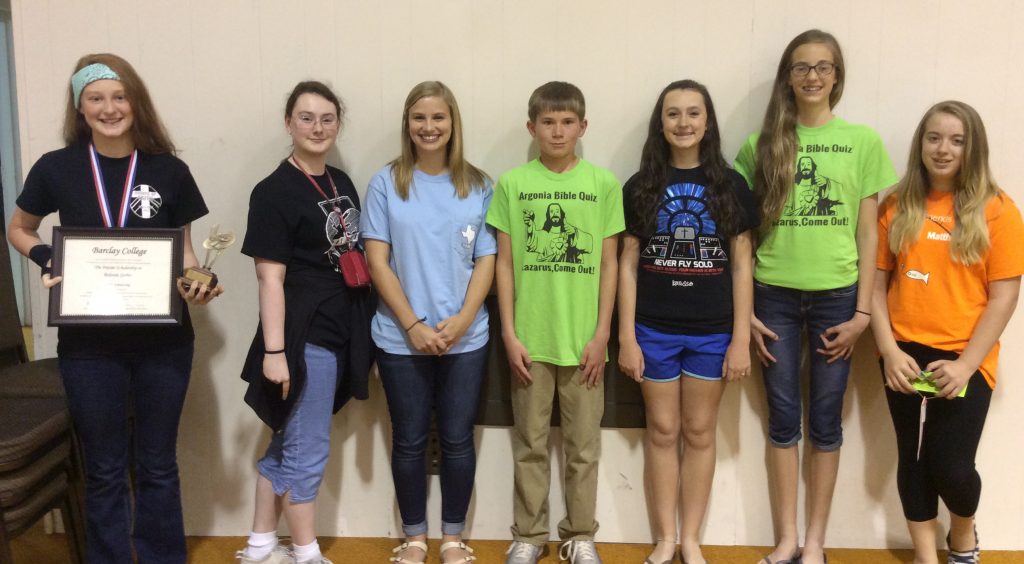