Giants in the Land 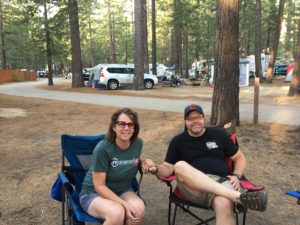 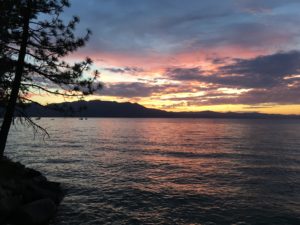 As our children and grandchildren return to school this month, one of the first questions they will surely be asked is, “So what did you do on your summer vacation?”

As for me and my house, we love to camp, so one of the highlights of our summer was to embark on a 10-day road trip across the American west with my younger brother and his family. During our 4,000-mile pilgrimage we were able to take in a staggering variety of breath-taking vistas and awe-inspiring wonders of the natural world along the way. Needless to say, it was an epic adventure. But there was one particular sight that stood out to us above all of the rest … literally.

During our visit to Yosemite National Park, we took a short yet strenuous hike down a peaceful trail that leads to the Tuolumne Grove, one of the few places left in the entire world (outside of fairy tale books, that is) where you can stand in the presence of genuine giants and live to tell about it. The Giant Sequoia trees that populate the western Sierra Nevada

may be gentle giants, but by no means does this reduce the “shock and awe” factor when you behold them for the first time.
Giant Sequoias are the largest trees in the world. Record trees have been measured to be over 300 feet tall and more than 50 feet in diameter, with bark as much as 3 feet thick at the base. With a total weight of several million pounds, these pine pillars are true freaks of nature. Like Frodo and his friends from the Shire, we all felt like Hobbits in the presence of the Ents that day during our visit to the Tuolomne Grove.

Upon further review, however, we discovered that there is much more to Giant Sequoias than initially meets the eye. What I found most fascinating and most compelling in correlation to Christian discipleship and spiritual formation, in particular, is what is actually required for Great Sequoias to grow so strong and tall: 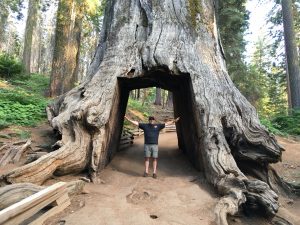 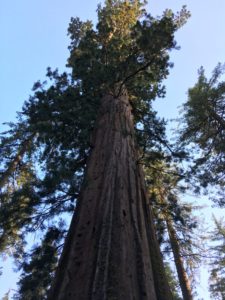 COMMUNITY: Giant Sequoias cannot survive on their own. They only grow in groves. Their shallow roots can extend more than 200 feet from each tree, creating a massive, interdependent root system. The sustainability of each individual tree hinges upon the health and vitality of the wider community. There are no lone rangers among Giant Sequoias. Cooperation is non-negotiable.

Giant Sequoias must remain closely connected to one another in order to thrive … and so must we (cf. Ephesians 4:15-16).

ADVERSITY: Giant Sequoias cannot reproduce without the stress and pressure that accompany an occasional forest fire. Fire brings hot air high into the canopy which in turn dries and opens the Sequoia cones so they can release their seeds. Periodic wildfires also clear competing vegetation. Without fire, other shade-loving trees will crowd out young Sequoia seedlings, preventing germination.

Giant Sequoias must be willing to endure the heat in order to bear fruit … and so must we (cf. James 1:2-4).

LONGEVITY: Giant Sequoias are no overnight sensations. In fact, it has been documented that some of these trees have been around for more than 3,500 years, dating back to the days of Moses and the founding of the nation of Israel. Giant Sequoias are completely counter-cultural in this respect. They don’t speak the language of instant gratification. On the contrary, they stand as towering testimonies to the truth that the best and most beautiful things in life take time.

Giant Sequoias require lots of time in order to reach their full potential … and so do we (cf. Ecclesiastes 3:11a).