The God Who Sees Me

Life is hard. That is a fact, and it is one that rings true for each and every resident of planet earth. It is also a fact that life is much harder for some of us than for others.

According to recent studies, 1 in 4 children experience some form of child abuse or neglect in their lifetimes,¹ and 1 in 4 women and 1 in 7 men experience domestic violence.² To make matters even worse, national news outlets recently reported that more than 300 “predator priests” have been credibly accused of sexually abusing more than 1,000 child victims from six Catholic dioceses in Pennsylvania alone.³

The ugly fact is that it is likely that you or another member of your family has been or will be a victim of traumatic abuse, neglect or domestic violence at some point in life. The worst part is that this pain is most often inflicted by a close relative or trusted friend, the very people who are supposed to keep us safe and sound.

As usual, the Bible is not blind to this fact. Bible characters are very real people who lived in very real places at very real times. Times that were not so different from ours.

One of these characters was a young Egyptian girl named Hagar (cf. Genesis 16), a runaway slave who fled to the Canaanite desert in response to an escalating pattern of abuse and neglect at the hand of her masters, Sarai (Sarah) and Abram (Abraham). Hagar was pregnant as well, so she was accompanied on this treacherous journey by her unborn child. A surrogate mother, despised and rejected, forced to wander in the wilderness. Hungry, homeless, hopeless and all alone … or so she thought.

In the midst of her desert of despair, Hagar experienced a divine visitation. An angel of the Lord appeared to her with a hopeful and promising message to deliver. Hagar would not die in the desert. She would return home and give birth to a son named Ishmael (“God hears”), and his descendants would be “too numerous to count.”

Once the angel had departed, Hagar gave this name to the Lord who spoke to her: “You are the God who sees me” (El Roi), for she said, “I have now seen the One who sees me.”

I couldn’t help but think of this story earlier this week, when a new foster baby arrived at our daughter, Sarah’s home. His name is not Ishmael, but I have no doubt that our good and beautiful God has heard his cries. El Roi has clearly seen the broken lives of his birth parents and the traumatic series of events that ultimately led to this little one’s arrival at his new foster home. And now, perhaps for the very first time in his very brief life, he is safe and sound, delivered from the desert of despair by “the God who sees.”

According to the apostle James, the brother of our Lord Jesus, “Religion that God our Father accepts as pure and faultless is this: to look after orphans and widows in their distress and to keep oneself from being polluted by the world” (James 1:27). Abuse and neglect make children into orphans and parents into widows. God sees them. Do you?

We have a dream of God’s Kingdom coming to heal the sick and the broken … the homeless and hungry knowing that God cares and has sent friends to help them … orphans and widows and the sick believing that their Creator knows their name.

“We Have a Dream: A Commissioning Prayer for EFC-MAYM”

“A father to the fatherless, a defender of widows, is God in his holy dwelling. God sets the lonely in families.” – Psalm 68:5-6, NIV 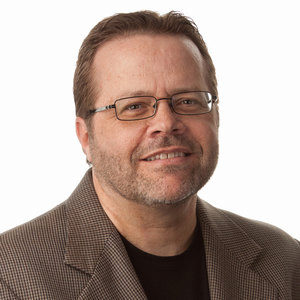