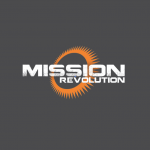 Haviland Friends Church and the EFC-MAYM Missions Mobilizers sponsored a missions weekend, February 14-15. Four talks were held over the weekend, given by MissionsRev representative, Todd Ahrend. The presentations were interesting and dynamic, given with the purpos e to mobilize the church into actively being involved in reaching our world with the Gospel.

The topics covered were, “The History of Missions” emphasizing how historically God worked through prayer and revivals, and how mobilizing was key; “Being a Global Christian” covered all the excuses given for not joining the movement of missions; “The Task Remaining” explored the Tribal, Hindu, Communist, Muslim, and Buddhist backgrounds and how so many are lost to these religions (India was a very stark region of so many unreached); and lastly, “The Biblical Basis for Missions” in which he highlighted the Abrahamic Revolution that marked the shift in human history as God began to send out his people to the nations.

These workshop talks were well attended by people of all ages and were especially compelling for parents and young people, but everyone was challenged. Many left convicted and are still discussing what God stirred in them during these sessions. Haviland Friends leadership was pleased with this missional emphasis weekend and would recommend that other churches bring in one of MissionRev’s speakers for their congregations/area churches.