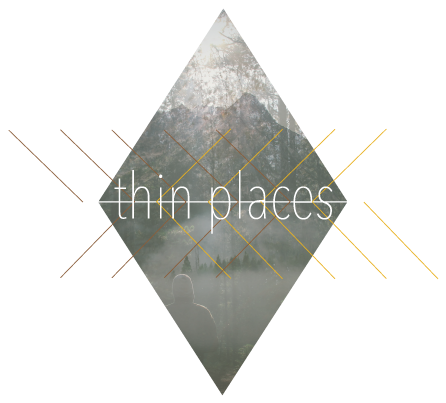 Since the fall of 2011, I have had the privilege of gathering each semester with a small cohort of graduate students and instructors from across North America at a remote location along the Front Range of the Colorado Rockies. We are an unusually diverse group, representing a broad spectrum of ages, genders, temperaments and ethnicities. On the surface, we would appear to be a bunch of ordinary men and women who are simply doing our best to fulfill an academic obligation on behalf of the Barclay College School of Graduate Studies. But somewhere along the way, each of us began to realize that “face2face@QuakerRidge” was going to be much more than a mere intellectual exercise. We had, intentionally or unintentionally, embarked on a truly transformational journey with Jesus. We had stumbled into a thin place.

No, I am not referring to the set of “The Biggest Loser.” The term “thin place” is an ancient Christian expression that has its origins in the Celtic Church of Ireland and Scotland, the fruit of fifth century missionary endeavors led by men like St. Patrick, whose birthday we celebrate again this month on March 17th. Within the context of Celtic Christianity, a thin place is a space where we encounter God’s presence in such a way that the boundary between heaven and earth seems unusually thin.

I believe it is safe to say that we can all think of certain thin places in our lives where we have encountered God with a heightened sense of immediacy and intimacy. For some, it could be an oceanfront beach, a desert canyon, a raging river, a lush valley or a mountaintop summit. For others, it could be a wedding chapel, a birthing room, a soccer field or a symphony hall. As our Celtic brethren would remind us, “the earth is the Lord’s, and everything in it” (Ps 24:1).

There are a multitude of thin places mentioned in the Bible, of course. Adam and Eve walked with God in the garden (Gen 3:8). God appeared to Moses in a burning bush (Ex 3:3). God visited Elijah while he was sleeping under a broom tree (1 Ki 19:5). Jonah encountered God in the belly of a whale (Jon 1:17). Paul met God on the road to Damascus (Ac 9:3). God revealed himself to John on the island of Patmos (Rev 1:9).

The ultimate thin place, however, is perfectly embodied in the person of our Lord Jesus Christ. Through the incarnation, God actually “became flesh and lived among us” (Jn 1:14). Practically speaking, this means that if you were casually milling around as part of a typical Palestinian crowd in the early first century and happened to bump into Jesus along the way, you literally bumped into Almighty God.

So when and where do we “bump into Jesus” today? Before he ascended, our Lord promised that he would send his life-giving Spirit to permanently dwell in each and every one of his faithful followers (Jn 14:16-17). This promise was initially fulfilled on the Day of Pentecost (Ac 2:1-4), and continues to be fulfilled in the lives of all those who embrace Jesus as their Lord and Savior today. As John reminds us, “no one has ever seen God; but if we love one another, God lives in us and his love is made complete in us” (1 Jn 4:12). In other words, just as Jesus was the very incarnation of God, the body of Christ is now the very incarnation of Jesus. The miraculous and mysterious conclusion is obvious. When we bump into one another, we are bumping into Christ. You and I have been chosen to serve as God’s primary thin place in the world today.

This begs a nagging question, however: If God is with us at all times and in all places, why is it that some places seem to be unusually “thin” and others do not? Maybe it is because we are just too “thick” to recognize it. The truth is that any ordinary space can be transformed into a thin place when we are attentive to the presence and power of God’s Spirit in our midst.

With this in mind, we recently launched a new series of blog posts on the EFC-MAYM website entitled “Thin Places.” As you read these brief, firsthand field reports from our EFC-MAYM leadership team, I pray that you will receive fresh inspiration for your own journey with Jesus. And I pray that our good and gracious God will grant each and every one of us an increasing awareness of his tangible presence in each of our local churches and communities as we, too, seek to find him in the thin places.