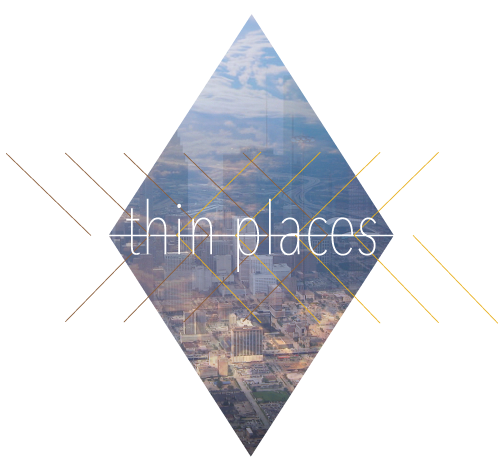 On February 20 – 23, my family and I traveled to South Texas.  My wife Abby and daughter Evelyn (who made her first flight and was awarded an official “first flight” certificate from Southwest Airlines that was signed by the captain of the plane and all the stewardesses), were able to spend some time visiting our friends in south Texas.  The primary reason for our trip was to spend some substantial time with the folks at Northshore Friends Church – in particular Cory Burditt and Robyn Burns – Marko.  Cory is sensing a call to youth ministry, and has joined us in several youth gatherings this past year.  We are praying for him as he and his wife Brittany seek God’s direction for their future, which may include a trip to Kansas for some schooling!

As many of you know, Robyn lost her husband, Brett, this past December.  One of the vivid “thin places” came this weekend as I was sharing with the Northshore congregation about our love and prayers for them as they mourn together the untimely loss of Brett.  I mentioned to them that “friends” from all over the U.S. were praying for them.  Literally everywhere I have been and almost every conversation I have had since summit, has included the names Robyn and Brett.  I wanted them to know that we are all thinking of them and praying for them.  As I shared this reality, I experienced a warmth of God’s presence which resulted in some shedding of tears.  Please continue to pray with me for Robyn and her family, the Northshore Friends Church, and especially Brett’s children – Sarah, Maddie and Cade.

Along with spending most of the day with the Northshore family, I had the chance to spend part of the day on Saturday with David and Claudia Jaimes, Don and Char Owens, and Cory Burditt.  We shared a meal together as people who love and desire to serve young people.  The only youth pastor missing from the south Texas area was Chase Davenport, who was unable to join us due to a prior commitment.  We hope to see Chase next time around!  Over lunch I enjoyed watching this relatively “new group” of south Texas youth pastors continue the process of deepening their relationships with one another.  We heard about how Don and Char had just that day launched a new “tent ministry,” which included quite a story of God’s provision and leading.  You will have to ask them to share their story some time about this new ministry!  Their first tent revival will be the last weekend of March.  We also learned that Claudia just got a new job, David is continuing to settle in as the new youth pastor at Friendswood, and Cory is planning to bring a group to summer camp at Quaker Haven.

Another highlight of the trip was we were able to introduce our daughter Evelyn to Carter and Graham Kirkpatrick (who now want a sister) and spend some time with one of Abby’s friends from college, Britany Steele (who has roots at Haviland Friends Church).  Britani and her family are now serving in Houston with the Center for Student Mission (CSM).  Throw in an all church birthday party for a gal named Debbie from Northshore, some sushi, a cancelled flight due to some snow in Dallas, and several “TexMex” meals and you have yourself a wonderful visit to south Texas!

As a small end note, Evelyn turns four months old this weekend. She has already visited six different friends churches (Northridge, University, Booker, Hutchinson, Crossroads, and Northshore) and has already been to Texas twice!  Needless to say, she is becoming a road warrior and is well on her way to visiting all sixty-two EFC-MAYM churches before she turns five!  Praise be!!