“A voice of one calling in the desert,
‘Prepare the way for the Lord, make straight paths for him.’”
– Luke 3:4 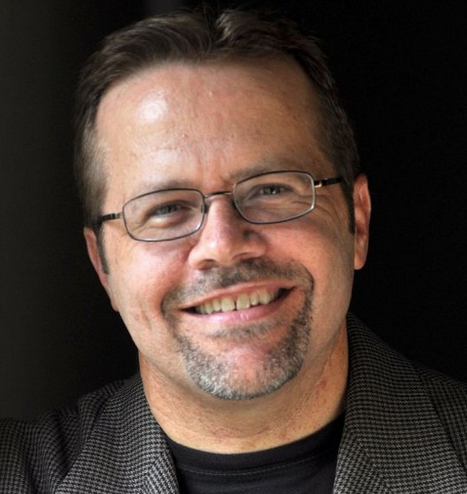 When God is about to do something new and wonderful in the world, he often calls his people to the desert in order to prepare the way. It’s as if he must begin with models before he is ready to build a movement. And more often than not, it seems, his workshop is found in the wilderness.

Throughout his forty years of tending sheep in the Midianite desert (Ex 2-3), God was preparing Moses to lead his fellow Hebrews out of slavery and into the Promised Land. While seeking asylum from Saul in the desert strongholds of Ziph, Maon and En Gedi (1 Sa 23-24), David was being prepared to rule over the nation of Israel as God’s anointed king. Elijah’s frantic flight into the Sinai desert (1 Ki 19), following his initial contest with the prophets of Baal, prepared the way for a fresh encounter with God and a renewed call to return home and finish the job. It was in the wilderness of Judea that the word of God came to John the Baptist (Lk 3), launching his ministry as the forerunner of the Messiah. Following his baptism by John in the Jordan, it was into this same Judean desert that Jesus was led by the Spirit (Lk 4), where he made final preparations for public ministry by facing his demons on their home turf and demonstrating a divine identity that would soon be revealed to the whole world. And whenever he needed to be reminded of his true identity, “Jesus often withdrew to the wilderness for prayer” (Lk 5:16).

If Richard Foster is right in his assertion that “our adversary majors in three things today – noise, hurry and crowds”– then there is no better path towards healing and deliverance than the way of the desert. But, as Kenneth Leech has observed, those who are called to the desert must be “conscious of the severe temptations which the desert environment itself held. For these waste regions were the abode of the demons and the forces of evil … to enter the desert then is to enter the arena of spiritual conflict.” And yet, it is in the midst of such intense conflict that true character is forged, argues Henri Nouwen, for the desert itself provides a “furnace for transformation,” and “it is from this transformed self that real ministry takes place.”

It is interesting to note that as persecution began to diminish during the third and fourth centuries of the Christian church, “red martyrdom” (giving one’s life for the sake of the gospel) was gradually replaced by “white martyrdom” (dying to one’s self for the sake of the gospel). It was during this time that an increasing number of devoted Christ followers found themselves drawn by God to leave the relative comfort and complacency of organized religion in favor of the silence and solitude of the desert. These Desert Fathers and Mothers were desperate to exchange material prosperity for moral purity, worldly passion for eternal purpose, and shallow companionship for genuine community. They did not go into the wilderness in order to escape trouble, but to seek transformation. They sought to become less attached to the empty values of this fallen world and more fully attached to God’s vision of a better world.

I have never spent extensive time in the desert myself, but I have experienced firsthand the immeasurable value of silence and solitude and the rich blessings of the common life, especially during my tenure as a professor and campus pastor at Barclay College. I often refer to Barclay as the “Quaker Monastery on the Plains” due to its small size, close-knit community, commitment to meaningful ministry and remote location on the Kansas prairie (a region that, ironically, was once referred to as the “Great American Desert”). Needless to say, students and faculty don’t come to Barclay because it is a place of power, prestige and material prosperity. In fact, this reality has a wonderful way of purifying one’s motives. One could easily argue that those who come to study and serve at Barclay are either clearly called or just plain crazy!

It seems only fitting, then, that our 2017 Ministry Conference will be hosted by our friends at Barclay, especially during the college’s centennial celebration year. In keeping with our theme, “The Way in the Wilderness,” we will gather in Haviland, Kansas, a place that has served as formational furnace for our extended family of Friends in Mid-America, North America and all around the world for more than 100 years now. During our time together, we will pay special attention to the Israelite’s long, arduous, transformational journey from slavery in the land of Egypt to freedom in the promised land of Canaan. Throughout their 40-year camping trip through the desert, God’s people were faithfully sustained each and every step of the way by Yahweh, their good and beautiful God.  This is the same God who continues to lead His people through the wilderness of this world today, not merely by cloud or by fire but by the indwelling presence of the Holy Spirit, as we all look forward to that great day when we will arrive safely at our final destination in the ultimate Promised Land (cf. Rev 21:1-22:5).
The question is: “How are we called to live while we are on the way?”

That is the question that will provide the primary focus for our time together in Haviland this summer, July 20-23, as we gather on the campus of Barclay College. I hope that you will join us as we wander together along this transformational journey with Jesus, “the pioneer and perfecter of our faith” (Heb 12:2) and our one and only reliable Way in the wilderness.